For as long as I can remember, I have always been drawn to the ocean.

I spent the first 28 years of my life, wandering the beaches with my beautiful mother, in search of the “holy grail” – aka agates

. I loved watching her big brown eyes light up and the full body smile that overtook her when she reached down to pluck one from amongst the seemingly endless array of barnacles, sea glass

and every day equally beautiful stones that did not go unnoticed by her, but it was the agate she treasured most.

We would drive around for hours, walk for miles, scale cliffs, walk live train tracks and put our lives in danger more often than I realized back then, simply to find a new beach where no one else dared to go. It was like she was hoping for the off chance that somehow, we would find “agate paradise” and could simply plop down in the damp sand and have as many sweet little creamy stones as we could ever want, within arms reach.

Every year for her birthday, no matter the weather….all she wanted to do was go to the beach and look for rocks, have a bonfire and enjoy a picnic.  Here in Bellingham WA, March 11th is very rarely anything but windy, stormy and often times, downright miserable as far as the weather goes. Being the only fools to spend half a day at the beach in the middle of a windstorm, having to chase our potato chip bags across the sand before the seagulls stole them away, bundled up in our big poofy coats like poor “little brother Randy” from “A Christmas Story

” who couldn’t put his arms down and laughing through chattering teeth… just so we could find the “Mother of all agates” for Momma for her birthday, brings nothing but warm memories for me. 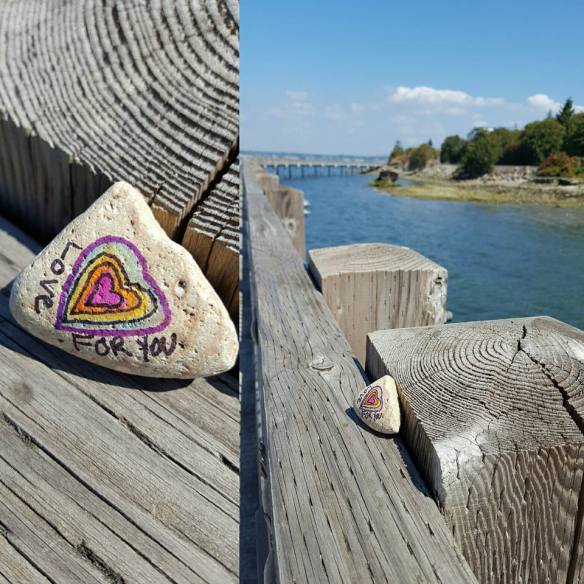 She passed away in 2002 when I was just 28 years old, after a long fought battle with her fourth round of cancer and it wasn’t until after she left us that I started to really think about how much time she spent at the beach and how it seemed to be the one place where I could go after she passed away, where I felt the closest to her…even if I was just sitting in an emotional heap, sifting rocks through my fingers for an hour.

Boulevard Park, at “home” in Bellingham WA, became my “Momma” spot where I would walk the beach for a bit and then go find my way under the boardwalk where no one could see me cry and the waves crashing on the boulders around me, muffled my sobs.

Over the years, I started noticing that I was not the only person wandering the beaches alone with their head hanging low, hoping to hide tears that left salt streaks on their cheeks. I passed too many  faces filled with worry, anxiety, fear and grief. I noticed the people sitting on the edge of the water, appearing to watch the sunsets along side of me – but knowing that familiar glassy eyed look, meant they were no where near me, but were off in a memory of another time and place, wishing they could go back.

I watched the single parents struggling to keep up with a tiny explorer while trying to hold themselves together and hide their pain and envy at watching all of the two parent families who oozed love all over the playground.

I noticed the elderly that walked alone… slowly, painfully…sometimes with tiny dogs in tow, sometimes being towed by a snorting, equally gray-haired mass of fluff…just to feel alive for a while and to hear someone else’s voice besides their own.

Discovering that “My” place to “ponder and wander” was home to so many others who went there to emote, think and sometimes to forget…gave me a new way to honor my mother in a way that would have made her eyes light up the way they used to when I would come running back toward her on the beach, oblivious to my skinned and bloodied knees – holding out the “Mother of all agates” that I had risked my life to get, just for her.

Now, instead of wandering my “Momma spot” to hide myself away to have a good cry – I walk along the path, pulling painted stones from my pockets with little messages I have written on them. I leave them along the way for those that are hanging their heads to hide their tears that are falling… for whatever reasons, the ones that are feeling the weight of the world on their shoulders and just need a little “something” to remind them that they are stronger than they think they are and for the people who just needed to know that there are others out there in the world, who really do care…and they aren’t as alone as they feel.

I don’t cry when I go to the beach anymore.

I smile and I remember that a single beautiful stone, found in a sea chaos, relentless winds that threaten to knock you down and days that chill you to the bone – can bring warmth and joy to the person that finds it.

Follow my treasure leaving adventures on instagram and see where I have left little bits of love along the way. – PocketSizedPhilanthropy

From the time I was very young, I dreamed of traveling around the world and taking pictures of all of the beautiful places and people I had only ever gotten to see in the stacks of  old National Geographic

magazines that my step-Grandpa “Grandpa Lindsey,” had in his treasure collection in the basement. My little sister and I used to go explore and play down there amongst the piles of “everything” – while the parents and grandparents were upstairs, doing whatever it was that grown ups did when they got together in the 80’s that “wouldn’t be any fun for kids.”

So while they sipped on various adult beverages and smoked cigarettes and talked about “big people stuff”, my sister and I would dig through the old trinkets, play dress up with the trunks full of “old people” clothes and then while she found the porcelain dolls and the stash of tiny little Avon mini flocked teddy bears

to play with, I made my way to the corner of WONDER AND AWE where Grandpa kept his towers of National Geographic magazines… where I would get lost in there for hours.

Most 10 year old girls would have rolled their eyes and mumbled a forced “Thank you…” when they opened their Christmas gift to find a piece of paper that said “Your very own National Geographic Magazine subscription will be delivered right to your house just for you!” – but I remember looking up from that hand written note and locking eyes with Grandpa Lindsey and watching his face light up as he watched the joy spread over my face as I tossed the box off my lap to run over and wrap my arms around his neck and hug him with all my might.

“So you can plan your adventures

someday and take pictures of it all.” He whispered into my ear.

a teacher ever did see and half the time, even though I was assigned one country to do my report on…poor Mr. Jabbora or Mr. Ames had to sit and grade the other 2-3 “Extra credit” reports I did on top of the required paper, just so I could cut out more beautiful photos and share about another country I had learned about. I was sad that I was not going to be able to do that anymore, as my mom couldn’t afford to buy me the magazines and I couldn’t very well destroy the ones in the library, just to make my history reports look beautiful.

My step-Grandpa had planned ahead though…and my treasured magazine arrived every month until I graduated. Grandpa had given me one of the best gifts of my entire life and one that helped shape me into who I am today.

He invested in my love of photography, art, culture, nature, science, architecture and beautiful human beings and saw something in me that I didn’t even see in myself at the time…my desire to not just see the world and take photos of it, but to give love to the people  I meet, where ever I go.

I think about him often and every single time that I now finally get to travel and see some of the places I thought I would only get to visit in the pages of books – gifted to me by one of the only people in my childhood that really truly “saw me” and believed in my dreams along side of me.

I think about him every time I stand on a new beach and feel the water rush in around my ankles and the sand suck out from under my toes with the tide and I take a photo of all of the treasures I found while wandering and people watching. 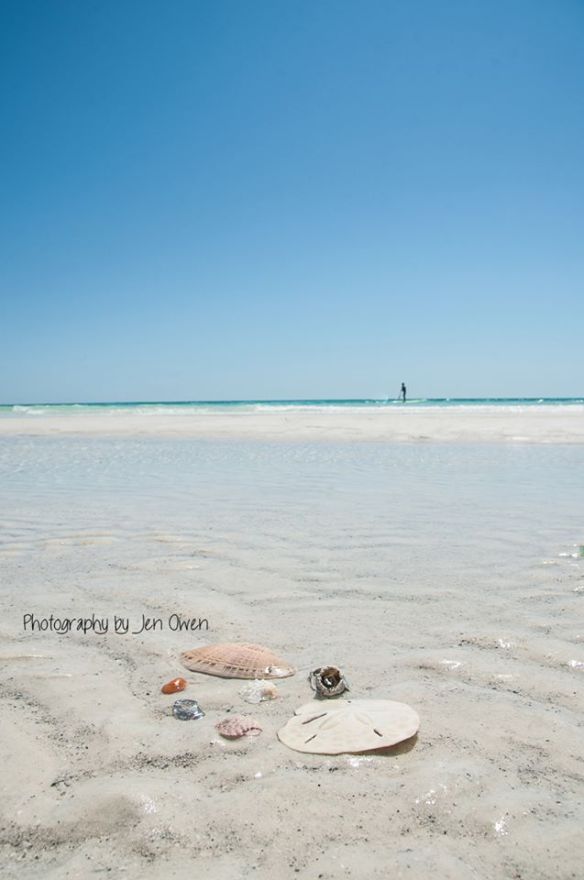 I remember his sigh and the way he would pat his lap to invite me to sit with him while I showed him the pages of endless photos I found of people who were hungry, scared or sad and the way he wrapped his arms around my shoulders while he explained how lucky I was to be born in a place where I didn’t have to worry about such things.

He told me that when I was bigger, I could help them myself, if I really wanted to. 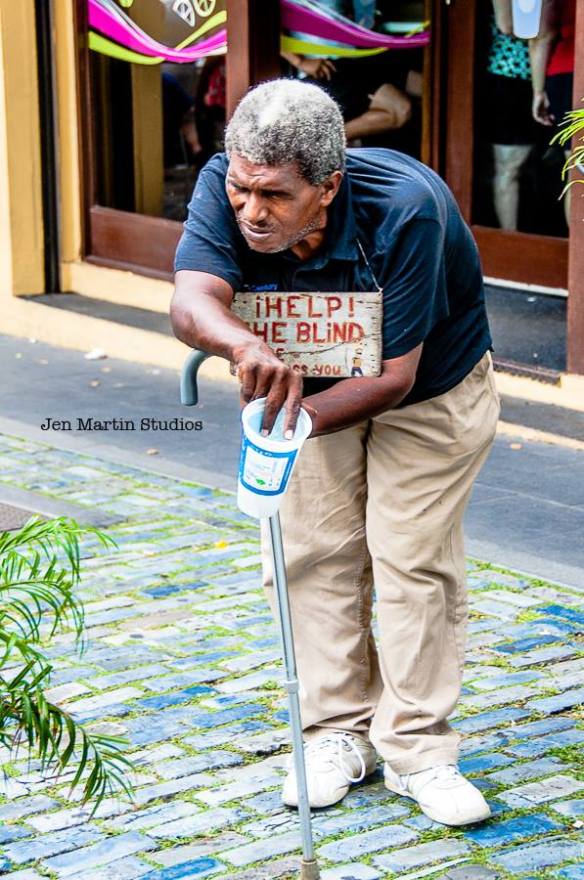 I think about Grandpa Lindsey, every time I pack my suitcase full of painted rocks to leave for random strangers to find, where ever I travel to…and remember what he said when I asked, “How can I help them?”

Maybe tiny little stones with happy thoughts written on them

, painted shells and wooden shapes left in secret in places where many might not even notice, isn’t doing much to help all of the people I dream of helping and maybe it doesn’t feed their bellies the way I wish I could…but I have hope that it is somehow feeding their souls, one person at a time.

I have to think that if he were alive today, he would still pat his lap and open his arms up wide and invite me to go sit with him and show him pictures in books…except this time, they would be the ones that I took of the people and places I have seen and then he would hug me close and say “I knew you would figure it out.”

“May no gift be too small to give, nor too simple to receive, which is wrapped in thoughtfulness and tied with love.” – L.O. Baird